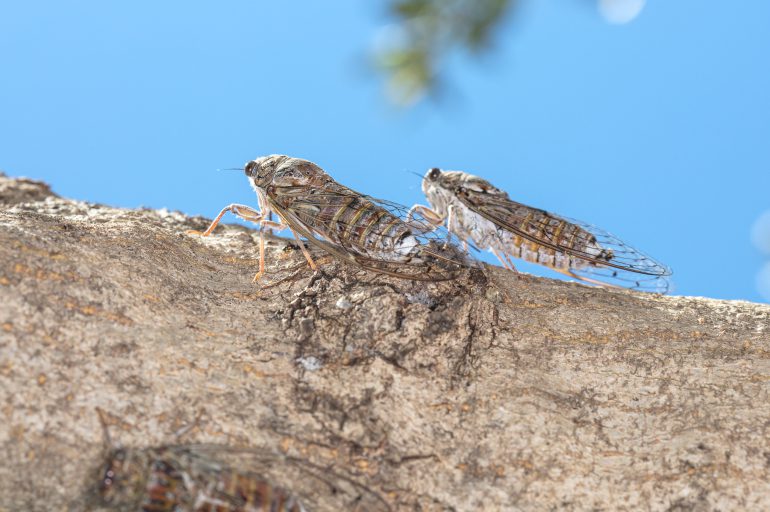 There is one soundtrack to a Cretan summer, a piercing high-pitched buzzing. It’s found wherevere there are trees, and it’s the product of one flying insect – the Cicada, or Tzitzikas, as it’s known in Greek. While hearing them will never be a problem, seeing them is different. With their bulging eyes, short antennae and wings, cicadas are shy, preferring to stay in the branches of trees.

Their life cycle is peculiar, as for much of their existence they will live as larvae buried beneath the earth. It is the adult cicada that lives in trees, feeds on sap, and where the female lays its eggs, often numbered in hundreds, in the bark. When the larvae emerge, they drop to the ground and burrow down, and in some cases, it will be between one and three years later that they emerge on the surface and spread their wings. The total life cycle of a Cicada will be between two and five years, with most of this time spent as nymphs beneath the earth, often at depths of over 30cm.

The piercing noise they make is down to the male of the species. They ‘sing’ using a unique technique involving what are called ‘tymbals’ on the side of their abdomen, and the sound is produced to attract a mate. The noise also acts as a repellent to birds who are their natural predators. Cicadas from the same brood stick together when ‘singing’ to increase the total volume of noise.

Cicadas have featured in Greek literature since the time of Homer’s Iliad, and have often been seen symbols of death and rebirth, due to the insect’s hidden life cycle. Each species has its own song that attracts only females of its own kind, and are the only insects capable of producing such a loud sound, with some species able to create a call-in excess of 120 decibels which approaches the pain threshold of the human ear.

The Cicadas in Crete are the species Tibicen plebejus – the largest type of Cicada in Europe. One of about 3000 species, the adult insect grows to a length of between 2cm and 5cm. Cicadas love heat and will be at their loudest during the hottest part of the day. 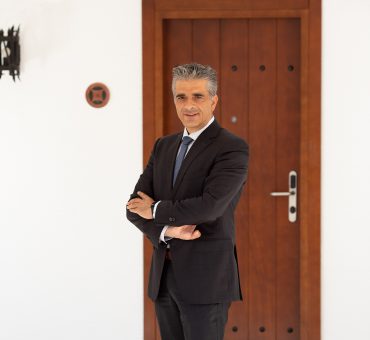 A day in the life of Nikos Vlassiadis, GM of Creta Maris 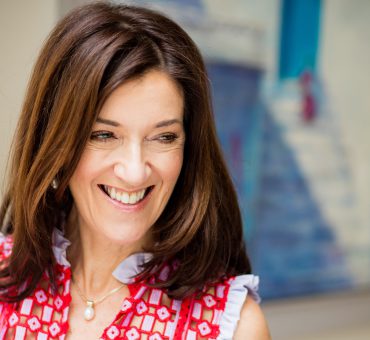