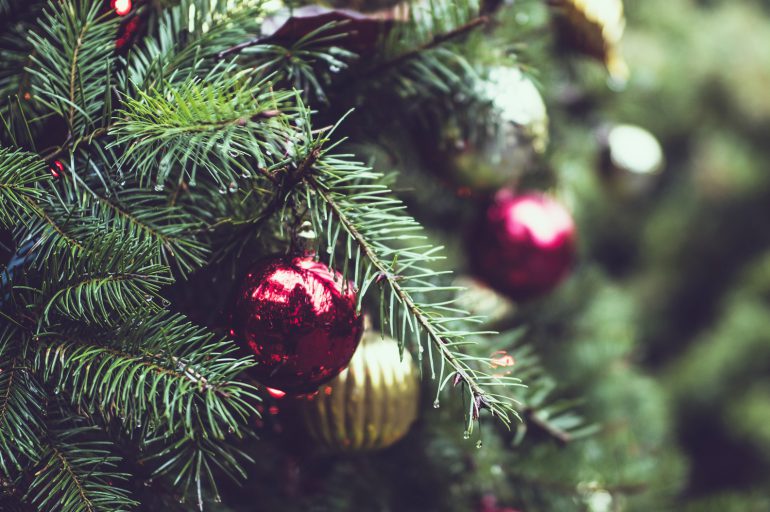 Christmas is a magical time to be in Crete. By late December the mountains have had their first dustings of snow, and in every town and village, families gather to celebrate winter’s holiest days.Traditionally, the Lent of Christmas ends on Christmas Eve, but long before that, the deliciously sweet traditional cookies kourambiedes and melomakarona are on the counters of every bakery.

On the morning of Christmas Eve, children singing kalanda (carols), knocking on neighbours’ doors to ask if they can give a performance. In return for their serenades, the little ones are given coins or sweets. Like Easter in Greece, sharing a meal with family and friends is at the heart of Christmas celebrations. Christmas Day lunch, eaten late, will often involve oven-roasted pork. Christopsomo (Christmas bread) will be on the table too – a round sweet bread, flavoured with cinnamon, orange and cloves.

Greece has its very own Father Christmas legend, Ayios Vassilis, but unlike Santa Claus, Ayios Vassilis visits homes on New Year’s Eve to deliver his gifts. In the 12 days between December 25 and January 6, one of the most curious Greek Christmas myths is remembered – the kallikantzaroi – little evil spirits who emerge from the ground to spread mischief. To scare the spirits away, some say burning old shoes in the fire works best!

For most Greeks, it will be New Year’s Eve that sees the biggest celebration of the holiday season, with gifts exchanged, and the welcoming of the new year ushered in with a late-night family meal. Dessert will be vasilopita – a special sweet cake in which a coin is hidden. Whoever is served the slice of cake with the coin is believed to be blessed with luck for the year ahead. Once the lucky winner has been chosen, the games begin, and more coins will appear, with the whole family playing cards or dice, and often betting into the early hours of New Year’s Day.
One traditional delicacy takes pride of place on New Year’s day in Heraklion – savouring the delicious custard and filo pastry, known as bougatsa. Plateia Eleftheriou Venizelou, otherwise known as Lions’ Square, is the place to find two of the most famous cafes for this heavenly snack – Kirkor and Phyllo Sophies.

A ceramic pomegranate is one traditional gift exchanged at New Year. The fruit is highly symbolic in Greece, and the gift relates to olden times, when on New Year’s Day, a ripe pomegranate was thrown on the ground at the entrance to the home to bring good luck for the year ahead. Unlike the holiday season in other countries, the fun doesn’t end on New Year’s Day. All over Greece, it is the twelfth day of Christmas, January 6 and Epiphany, which brings the holiday season to a close. The highlight of this feast day is a ceremony called Agiasmos – the blessing of the waters. Conducted by a priest by open water – usually the sea, a river or a lake, it’s a dramatic ritual observed across Greece, and by Greek communities around the world.

In Heraklion, crowds throng the harbour’s edge at the old port to watch the spectacle, of mostly young men (increasingly women are now also taking part), dive into the water to retrieve a crucifix thrown. As the crowd cheers the swimmer who emerges with the cross, the ritual is complete when the priest releases a white dove – a symbol of the Holy Spirit. 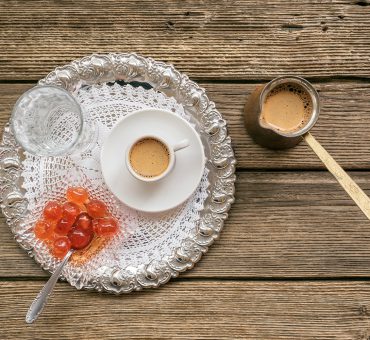 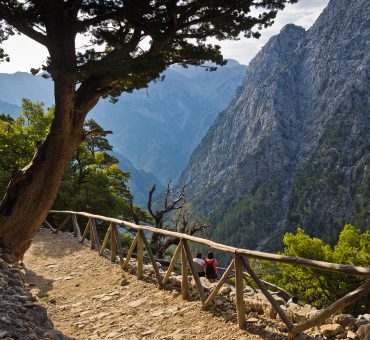