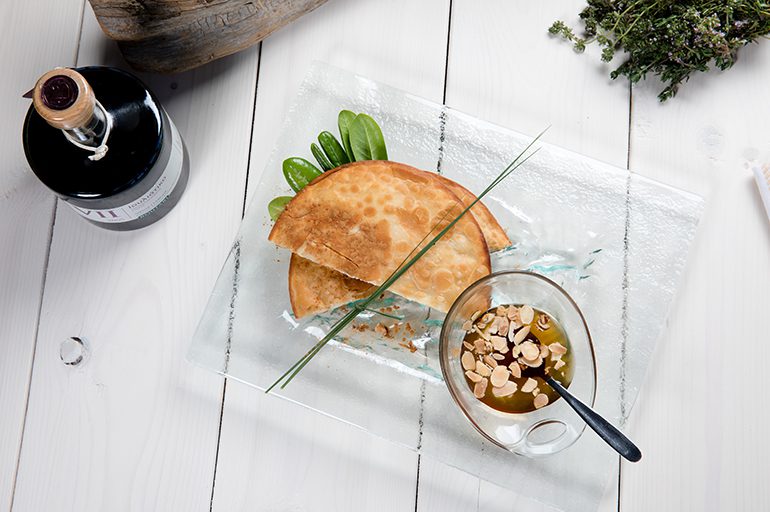 Cretan cuisine is one of the island’s greatest treasures. Healthy, tasty and simple, it is linked to the turbulent history of the island which was marked by consecutive conquests, rebellions and wars. The privations from which the Cretan society suffered for centuries and the frugality of agricultural life were the main factors that shaped the character of the Cretan cuisine. As Cretans mainly relied on what their land produced, they had to create a unique gastronomy that used a few simple ingredients, combined in different ways, with several techniques, to prepare delicious and nourishing dishes.

Pies have a special place in the Cretan cuisine. Since the island is covered with olive groves, Cretan pies are prepared and fried exclusively with olive oil. The two main categories of Cretan pies are the wild green pies (hortopites), which are filled with a combination of wild greens, and the cheese pies (mizithropites), which are filled with Cretan goat cheese.

Sfakiani pita, is perhaps the most famous and mouthwatering cheese pie of Crete. It takes its name from Sfakia, a rugged region in southwest Crete, famous for its pies, its wild nature and its gorges (in fact, the Samaria Gorge is in Sfakia). It is said that when German philologist Michael Deffner tasted sfakiani pita during his visit in Crete in 1919, he proclaimed: “Oh, my God! No King has ever tasted a pie as good as this!”

Sfakiani pita is rather thin and crispy, and the xinomizithra (soft sour goat cheese) filling is trapped inside the delicate layers of the dough. It is served with Cretan thyme honey and is perfect for breakfast, brunch or dessert! While vacationing in Creta Maris Beach Resort, don’t miss the chance to taste the Sfakiani pita in Pithos a la carte restaurant that serves the authentic tastes of the Cretan cuisine.

If cooking is your passion and you would like to try making your own pies, here follows the traditional recipe. Just bear in mind that it takes a lot of skill and experience to make the Sfakiani pita so thin and crispy, without the xinomizithra spilling out.

Dissolve the salt in ¾ cup slightly warm water, the yeast and the sourdough. Add 1 tablespoon olive oil, and create a gruel. In a basin add the flour and the gruel and knead. Leave the dough which needs to be a bit soft, for one hour to rise.
Add a little milk to the mizithra cheese while forming it, so that its lumps break, without it becoming watery. When the dough rises, take small portions and make small balls. With your finger make holes in the middle of every ball, add cheese and cover it with the surrounding dough. Heat a little bit of olive oil in a pan and slowly add the balls. Using a bowl of water, dip your hands and slowly press each pie with your fist, so it becomes round while baking. When it reaches the desired thickness (around 1-2 cm) and color, take it out and serve with honey. 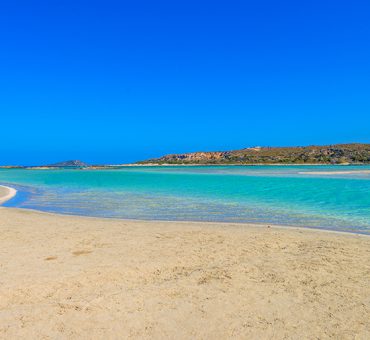 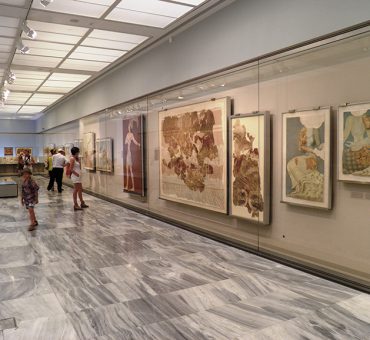