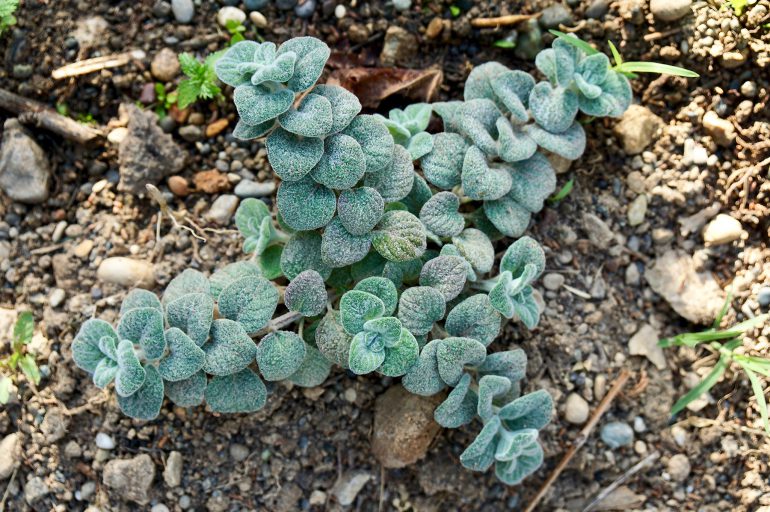 The epic properties of many Cretan products are widely known, and this holds true for the quality herbs that grow on the island. Since the time of Hippocrates and before, rare herbs like Origanum dictamnus have held miraculous properties. Although Dittany is now protected, other miraculous herbs are still cultivated and used in the Cretan diet. The exquisite taste of some of the Cretan dishes comes about as the result of the use of aromatic herbs.

Dittany (Origanum dictamnus is a famous endemic herb of Crete and it is mainly consumed as a tea. The plant grows wild exclusively on the mountainsides and gorges of the island, making its collection very tough. However, today it is grown in domestic gardens.
The leaves are round and green, with a woolly covering of white-grey hair. The flowers are purple, and the overall length of the plant does not exceed 40 cm. Hippocrates used it to aid stomach aches and ailments of the digestive tract, rheumatism, arthritis. It has healing, antiseptic, antioxidant, tonic and antispasmodic properties.

Sage (Salvia triloba) or else Greek sage, grows abundant from sea level to 1000 m. altitude in Crete. Its use is so ancient that the plant is depicted in a Minoan fresco from Knossos (1400 BC). The variety that grows on Crete, Salvia triloba is praised for its low levels of ketones, which are associated with a certain degree of toxicity if used excessively. Since Antiquity it was considered a sacred, salvaging herb. It is used in treatments of colds, bronchitis and coughs while it relieves menstrual pains, stomach-aches and colic. It is famous for its antiseptic, antimicrobial and anti-inflammatory actions.

Oregano (Origanum vulgare) grows on mountainous areas leaving a distinctive spicy aroma in the Cretan air. As with all herbs it is collected during its flowering period. It can be used in the food, fresh or dried, giving a special taste to tomato sauces, fried vegetables and grilled meat. Apart from its tasty effect in cooking, Cretan oregano acts also as a natural shield against cold-symptoms and bronchitis. In antiquity, Hippocrates used oregano to treat respiratory diseases and as an important tonic, diuretic and stimulant.

With distinct anise or licorice flavor, this dainty herb is used in many Cretan and Greek dishes and pies – Cretan marathopites are famous. Fennel (Foeniculum vulgare) is usually used to flavor meat, seafood, and vegetable dishes. The herb is rich in potassium and vitamin A.

Marjoram (Origanum majorana) blooms in late summer and has properties similar to thyme. Other than its curative properties, the herb is most often used in making hot drinks, but it also pairs with meat, salads, cheese, and bread where a citrus flavor is desirable. Marjoram is commonly used as a substitute for oregano.

Basil (Ocimum basilicum) is sometimes referred to as the “King of Herbs” and is used by Crete’s cooks and chefs for just about any dish containing tomatoes. It’s a versatile herb with powerful antioxidants and anti-inflammatory properties. If you are feeling a little bit sad, basil tea – or simply basil scent – may help cure the blues.

Dill (Anethum graveolens) is a hardy annual plant best known for its use in pickling cucumbers. On Crete, traditional dishes like black-eyed beans are enriched with dill or fennel, depending on the season – getting a unique, memorable taste.

As one of Greece’s most sustainable resorts, Creta Maris is dedicated to the “We do local” philosophy, sourcing everything we can locally, and producing ourselves whenever possible. In keeping with this credo, Creta Maris Beach Resort grows its crops of herbs like oregano, mint, rosemary, sage, and thyme in its own herb garden, which are in turn used in the kitchen of our restaurants. Besides being a sustainable practice from an economic and community standpoint, serving our guests’ cuisine empowered by legendary Cretan products is a healthy practice too. 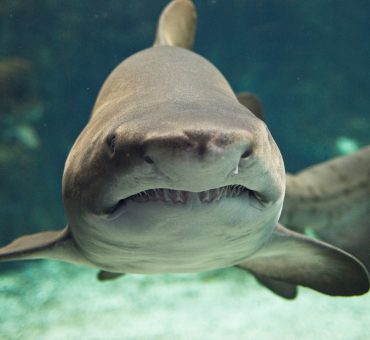 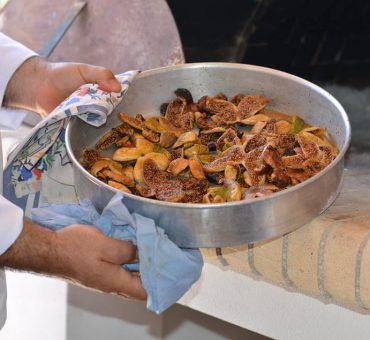